In 1953 GJ Sophian published a book “Toxaemias of Pregnancy” that described his view of preeclampsia based on the findings of the “uterorenal reflex” and the renal corticomedullary “shunt”.  It is difficult to find a copy 75 years later. He had become interested in preeclampsia when he read an English translation of Otto Speigelberg’s textbook (1882) that described Speigelberg’s view of the condition.  He was also aware of Josep Trueta”s experiments in Oxford (1945-1948) showing evidence of a renal, corticomedullary “shunt” following significant limb injuries in rabbits. The book describes his experiments in blowing up balloons in rabbit uteri and watching sudden changes in renal blood flow.  When he interrupted the nerve supply between the uterus and kidney there were no further changes in blood flow.  He postulated a “uterorenal reflex” that was triggered by significant increases in uterine “tension” leading to Trueta’s corticomedullary shunt.

We added the intrauterine P2X3, “stretch” receptors in 2016 to complete the full pathway (Fig.1).   We find P2X3 receptors in  both arterioles (“early-onset” preeclampsia, Fig 1A-B) and myometrium (“late-onset” preeclampsia. Fig 1C-D).  It provides a useful mechanism for understanding the condition.  This paper discusses the origins and present position of the “uterine denervation” view. 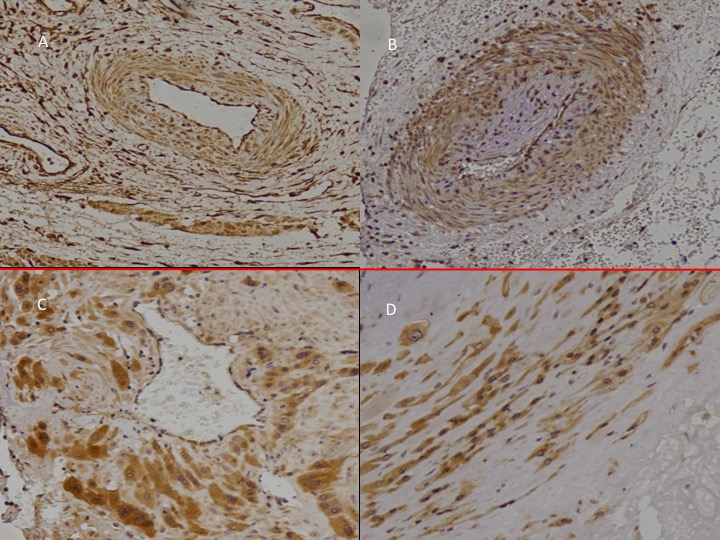